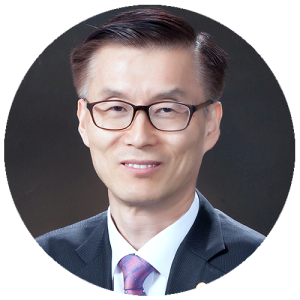 Dr. David Chungyeol Yoo is the professor of the department of Coaching in Reformed Graduate University.

He started the cell church movement in Korea by serving as leadership in International Cell Touch Korea. He has served the Korean churches by opening cell-based strategy seminars, cell-church conventions and by consulting the churches who wanted to transition their church to a cell church. But he realized that it’s very difficult to change Korean pastor’s value and paradigm by giving a lecture. At that time, he attended a workshop of Maximum Health held by Church Resource Ministry. He experienced the value and power of coaching.

He entered the coaching world. He received his certification as a Christian leadership coach from Transformational Leadership Coaching in March 2002 and also received Certified Coach Trainer from TLC in January 2005. He is a full-time coach and consultant for pastors and churches of a number of denominations. He established Korea Cell ministry Coaching Institute. He received PCC from ICF in 2010. He is coaching senior pastors who want to transition their church into a cell church.

He is the founder and president of International Christian Coaches Association.