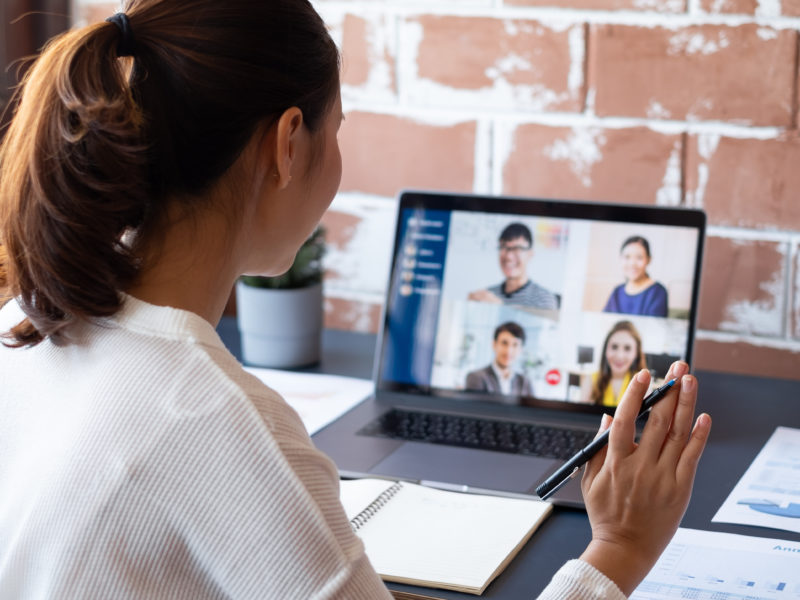 I train a lot of new coaches. I’ve heard a number of times, “Val, you’re so calm, but I’m not like that! I don’t think I can coach like you.” What I tell them is that as coaches while we want to follow the client, and match them, I also want you to show up – YOU as an individual.

I’ve worked with a variety of coaches over the years and their styles have been completely different. Some are more laid back, some are more directive, and some are more comical.

YOU need to show up in your coaching because people want to work with you, not just have you ask them questions.

For most of the people I train, I’m their first experience of a coach. It’s new and contrary to what they’ve usually done, so I become the model. Also, because we place such an emphasis on listening in coaching, people who are used to telling and not listening feel like they have to put on the brakes and “be calm like Val.”

You can listen AND be hyperactive. That’s not me, but that might be you.

Remember that we’re working with people’s thinking. Most of us go through life without stopping to think. In coaching, you’re forced to think. That means your client is probably experiencing a change in pace, too. So that also leads a new coach to think they have to be slow and calm. But still, your personality as the coach can show up and needs to show up.

What’s the danger of not showing up as yourself? As valuable as the coaching competencies are, without an authentic relationship, they lose their value and aren’t as helpful.

What’s of the magic of showing up as yourself? When you’re authentic, and the client is relating to you expert-to-expert, you’re on a level playing field. Your client knows you and you know them.

In class, we watch Fred Astaire and Ginger Rogers dance videos to demonstrate this magic. Not only can you see the years of practice that went into their skill, but how much they know each other. They’re both showing up. Ginger knows this is how Fred will be, so she can lean in more; she can trust. And it goes the other way as well. It’s not just the outstanding dancing. They’re both showing up as who they are, and how they relate. And the same magic happens when you show up as a coach. Just like we want the client to show up.

This is all part of the developmental process as you’re learning how to coach. First, you have to learn the skills. Then you have to practice them well enough that you can stop focusing so much on the skills and just show up. Don’t coach like Val. Coach like you.

Practice the Pause
Next Post: How to Help Clients Focus