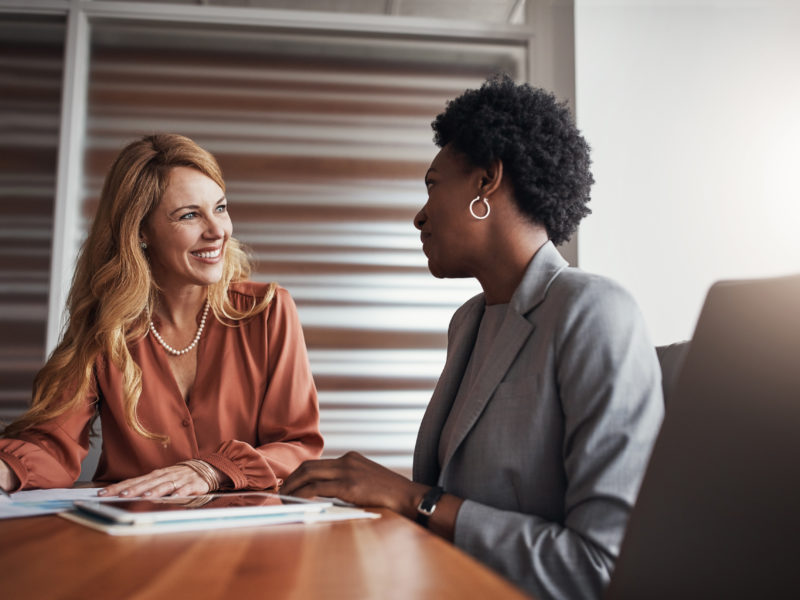 Most coaches are well-versed in the bigger picture of confidentiality in coaching. We simply do not disclose any information obtained during the course of the coaching relationship without the express permission of the client, except if the client or someone else is in imminent danger.

It’s natural to want to use examples, especially in presentations or training events, for anyone creating a coaching culture. People learn from your examples. But you really have to be careful. You don’t want to inadvertently share enough details that point to a client’s identity, or for the client themselves to wonder if you’re talking about them.

It’s a good practice to only share sanitized examples, in which all identifying details are removed and/or replaced by fictional descriptions of the client and their situation.

My rule of thumb is to not use examples from anything in or around the place you’re presenting, whether that’s a particular company, geographical area, or even an industry. Pre-think what examples you’ll share to enhance your presentation and elaborate on your key points.

If an audience member asks a question and you need to come up with an example on the fly, do your best to pause and think it through, maybe even question whether you need an example. Maybe there are other ways to explain this. Or search your memory for an example from a different niche or industry, so it’s completely outside.

Sometimes I’ll kiddingly start out by saying, “Just so you know, the examples I’m about to share are not about anyone in this area; these are not people you’re going to bump into.”

Then there is the well-meaning supervisor who says, “Hey, I hope everything’s going well with so-and-so,” or “I know you’re working with so-and-so, how’s that going?” They’re paying for the coaching, so of course, they know about it, and of course, they care about the outcome. You still must be careful not to imply or give any information.

Almost always when a supervisor pays for or refers someone to coaching, you go through all of these parameters upfront, but it’s almost like amnesia occurs and I inevitably have to remind them again: “That question would be best answered by the person I’m coaching,” or if really pressed, “Let’s set up a conference call or a Zoom meeting where the three of us can be together.”

Don’t be surprised if this happens and you have to keep reminding them that your coaching conversations are confidential, even when you’ve made this agreement upfront (we discuss coaching agreements in my new book about internal coaching).

In some of the worlds in which I’m working, it’s almost a norm that you can give brief updates about someone else, which is not acceptable in coaching without the client’s permission. So outside the coaching relationship, in the day-to-day working environment, it’s absolutely appropriate and expected to talk about other team members.

So here’s where it can be really dicey for the internal coach wearing multiple hats as a trainer, HR manager, or maybe even a supervisor. So with their clients, they have to have this pre-conversation, so the client understands that the coach may have to switch hats and that the other hat would trump the coach hat and they may have to break confidentiality.

It’s essential to recognize that even years later, your working worlds can collide and you will need to consciously decide how you’re going to deal with that. You might be coaching someone and then your role in the organization changes and you’re no longer a coach. Maybe now you’re a supervisor or higher up in management or leadership. What about that information that you have that’s been shared with you in that coaching relationship? You’re only human. Yes, you want to keep that out of the balance of your new role, but how can you, completely?

The key message here is that explaining and upholding confidentiality is an ongoing piece. With supervisors, sponsors, and even with the individual that you coach.

The Problem with Fixing Conflict
Next Post: When You Forget How to Coach