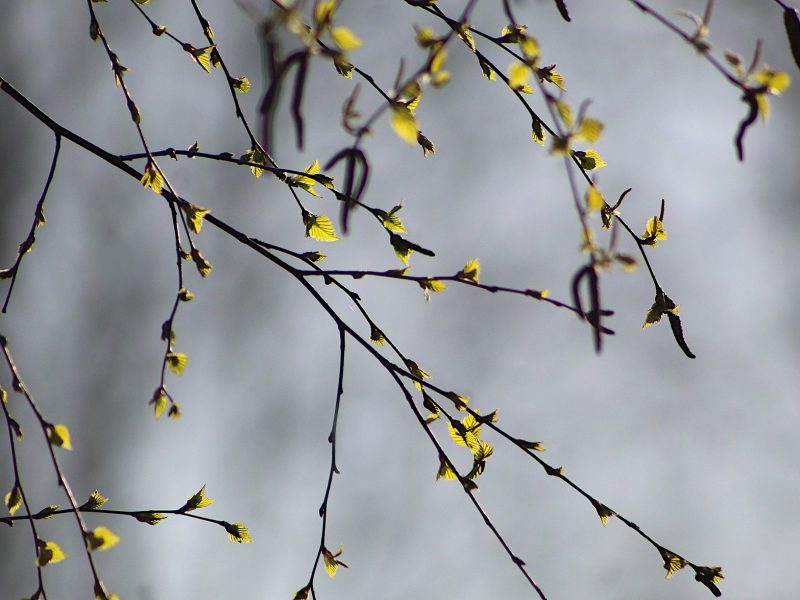 Are you willing to go out on a limb and take a risk for your clients? That’s what we call skinny branch coaching.

To apply this skill, you need to listen for what the client has not said but perhaps is about to say. And then bring voice to that unsaid thought, even if it seems like you’re pulling it out of nowhere.

Like the time I suggested a client “play” office like she used to do as a child, while all her friends were playing house. It was a pretty off-the-wall, even bizarre suggestion, but she told me later that it was exactly what she needed at that moment.

When a tree is getting ready to bloom into a new season of growth, we see tiny buds. That’s what’s emerging; that’s what’s almost here. It’s a risk to reach for those tiny buds. If those skinny branches break, we can lose our footing and fall.

But that’s also where life comes from, and the beginning of something wonderful. You’re listening for metaphor, images, story. You’re listening to what the client is almost saying, that developmental piece that’s just about to emerge, and then you tease that out.

Here’s another example. I was coaching a very strong woman about a conflict she was having. She used the expression that her superpower was leadership. I took that thread and went further with it, asking, “So what’s your kryptonite? What gets in your way?”

We explored that whole theme for quite a while, this top-level executive talking about something as silly as superheroes. But it worked. It got to what she needed to discover about herself and the situation.

So how do you build the confidence to take these risks as a coach? You’ve got to be willing to fail, and know that it’s okay if you do. Because even though it might feel like the branch snapped, it didn’t, you’ve just encouraged and stretched your client a bit, and that might just lead to something else.

In fact, it usually does. It may not have landed or resonated with the client at that moment, but they may come around to it later.

Skinny branch coaching does take courage, and you might feel foolish. I usually couch my suggestions by saying something like, “This might seem odd,” or “This might sound like it’s out of left field.” But because I’m drawing on something they were almost saying, I can usually tie it back to their own words and ideas.

I had one client who insisted he wanted to talk about his current situation, but I kept hearing him express worries about the future. So that’s where I took the coaching. It was obviously on his mind, but he wasn’t aware of it himself. But I heard it and went with it, so we could address his real concern and move him forward.

Why take the risk to do skinny branch coaching, especially if it takes you away from what the client says they want? Because it will raise the bar and take the person further than they ever expected, and that’s what people truly want, at least most of the time.

Who Cares for the Leaders?
Next Post: Hard Stops and Hard Starts – Working from Home